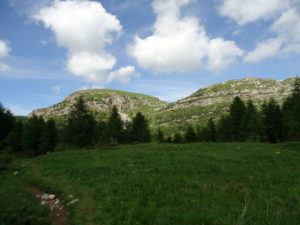 io now in its 39th Edition, the March on the Pasubio was several times awarded as the best gear. The appointment is at 8:30 in locality Giazzera, for all runners who choose to engage in 7-10-20-25-35 paths and 42 km. Fifth birthday for the marathon in memory of Cesare De Monte: well 42 Km climbing on Mount Spil, Horn, strings, then tap Nozzle Baptists the maximum quota on the Col Saint to 2,112 m. The trails wind through meadows, Woods and alpine pastures of Monte Pasubio, the scene of violent fighting during the years of the great war, as evidenced by the military fortifications still exist in this area. Departure and arrival from Giazzera Trambileno, where you will find a restaurant with typical kitchen and bar service.   Source: www.visitrovereto.it