Travel between the castles of Vallagarina is a fascinating itinerary between bastions and ramparts, a unique opportunity to learn more about the history of this Valley, old boundary line and a land passage between Italy and Central Europe. Surrounded by the vineyards and located in strategic positions on both sides of the river Adige, castles of Vallagarina offer unique views. We invite you to discover the history full of dramatic and fascinating legends of these ancient medieval fortresses contentions of Trentino. BESENO Beseno 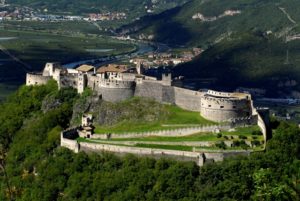 Castle is located on a Hill between Rovereto and Trento, in the municipality of Besenello. Because of its strategic location on the road which connects Italy and Central Europe crossing the Alps, was the scene of important battles. Between this, the famous battle of Calliano of 1487, fought between troops and Venetian blinds, which suffered a resounding defeat in their advance towards Trento. In 1973 the accounts Trapp, owners since 1470, donated the castle to the autonomous province of Trento, who took care of the restoration. Today the castle is open to the public.   CASTLE of ROVERET 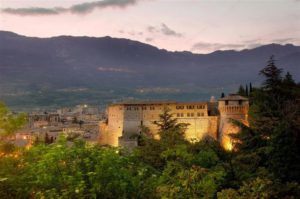 O Rovereto Castle was built in the 14th century by Castelbarco near the river Leno. The Venetians in the 15th century they took over and turned it into a military fortress with defensive function, equipped with four bastions. In 1509, after the Venetian defeat, was handed over to the Habsburgs, who ruled until the end of the great war. The Castle, also called Castel Veneto, is recognized as one of the most compelling alpine fortifications of type. Is located in the heart of the historical centre of Rovereto.       CASTEL PIETRA Castel Pietra lies on the slopes of dosso di Beseno Castle in the municipality of Calliano, North of Rove

reto.Il name recalls the rocks fell from the impending Cengio red, on which Castel Pietra was built and expanded in later centuries. The Castle has its origins in the middle ages. Different styles converge in the structure, but it's obvious at first glance that the main purpose is to defend and control of territory. The historical importance of Castel Pietra comes mainly from the strategic position: its massive masonry at one time stretched as far as the river Adige and allowed it to control the Imperial road. For many years, until the defeat of Venice in the early 16th century, the castle is found on the border between Tyrol and the Republic of Venice.   CASTEL NOARNA 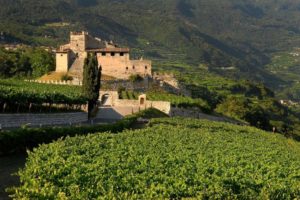 probably born as a fortification in Roman times, Castel Noarna dominates the Vallagarina since the 11th century. At that time the fief of Castelnuovo already included the communities of Noarna, Castellano and Pomarolo. The history of the castle is fascinating: in 1486 the powerful family of the Lodron if talking over removing the Castelbarco and transformed it from a defensive fortification to be used mainly in Manor House. Under the Dominion of Nicolò Lodron, Castel Noarna took on its current appearance. It was he who commissioned the new residential areas of the Castle, the frescoes of the main staircase and winter garden.     CASTELLANO Castell 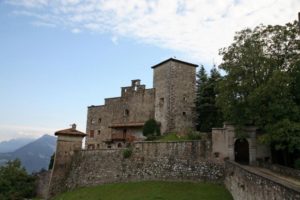 ano Castle CASTLE, alongside Castel Corno and Castel Noarna, was a bishopric of Trento and acted as a protection of ancient roads towards lago di Cei. In a panoramic position, is visible from across the valley floor. It can be reached within a few minutes walking from the town of Villa Lagarina.         CASTEL CORNO 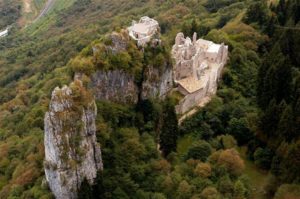 just minutes from Rovereto, strategically placed, Castel Horn offers a unique view, which ranges from the course of the Adige river up to small Dolomites. Founded around the year 1000, has a structure that is perfectly suited to the morphology of the territory: placed on a spur of rock, is divided into upper and lower Castle. At the heart of facts and legends, the castle was the subject of contention and conquest by various dynasties nobles and military exploits until the inevitable decline after the Napoleonic occupation. Owned by the family of Castelcorno, passed before the Castelbarco in the 13th century and later to Liechtenstein in 1500. Since 1928, the castle is owned by the municipality of Isera.   CASTELLO DI A 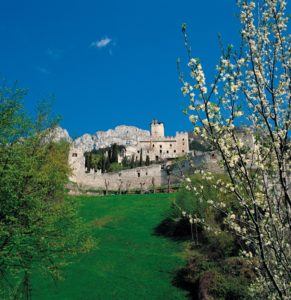 VIO-Avio Castle is one of the best known ancient and evocative monuments, fortified. From its location, on the slopes of Mount Vignola, the Castle dominates the Valley almost to Verona. A glance on the imposing, impressive city walls and towers. Probably a military garrison already during the Longobard era, it became the property of the family Castelbarco to pass after the Venetians in 1441.         Source: www.visitrovereto.it